Preview(opens in a new tab)

In Flying Star Feng Shui, 2- 5 combination is one of the most deadly combination. It is call a 2 5 because its a combination of the Sitting star 2 and Facing Star 5.

This combination can brings calamity from major illness to bankruptcy to accidents. Different people will experience different problems depending on their destiny.

The was a case of an old uncle who came from his hometown to live with his son about 3 years ago. He probably did not guess this would be the outcome when he made the decision to leave his hometown to be his only son.

A man whom I know who has good habits from doing gardening to having consistent morning exercises suddenly vomited blood and was rushed to the hospital and was diagnosed with critical stage cancer.

It saddens me because it is something that can be avoided but only if they believed in the effects of Feng Shui.

Many people have cast doubts in Feng Shui because of the many “practitioners” who had brought a bad name to the art and same time it has and still a very much a misunderstood art. Probably due to the complexity and the fact real masters conceal this art to their inner circles, it makes things a little complicated. In fact, I only share the knowledge with my students. If one shares too openly, charlatan will take this knowledge for negative uses.

The So Called Cures!

People selling expensive “Feng Shui cures” claiming they are true arts of Qing Imperial solutions selling at five figures to fish desperate people. However many realize after a few months, the promised effects did not come or did not last beyond a few months. Today people on the verge of a divorce for example will be very tempted to these expensive solutions. When money is gained without morality, it is often a karmic repercussion on both the seller and the buyer. END_OF_DOCUMENT_TOKEN_TO_BE_REPLACED

Feng Shui is such a fame word nowadays and every one is going to goggle to search for “famous feng shui master in….”

Let’s ponder a while, what does Fame brings to you feng shui wise? Glamour? What do you really want out of the feng shui consultation? A plague with “My house was feng shui by famous feng shui master …..?” 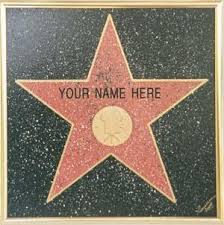 I am sure most of you want better health, better or smoother career, improved financial standings or even better relationships. How would this be tied to a famous master?

OK, a famous master is Perceived as a capable master! Just be cause he appears on radio show or TV shows or interviewed by BBC or CNBC thus this master must be capable? Sounds logical right? Well it only tells me they have good oratory skills, perhaps good looking, photogenic, an extrovert, likes to be on stage but it does it tell or prove that he/she is a Capable master?

Doesn’t mean a professor in Harvard or Oxford or Wharton schools are billionaires even though theoretically they are well researched and informed! The same goes, I first class degree holder doesn’t guarantee he will make it in life! Most billionaire I know do not even have a Diploma!